Things will be golden at the Kentucky Exposition Center from February 22nd to the 24th as the Carl Casper Custom Auto Show celebrates their 50th Anniversary. Admission for adults is $15, children ages 6 to 12 get in for $5 and the little ones under 6 will be admitted for free. Show times will be Friday from 6 p.m. until 11 p.m., Saturday from 10 a.m. until 10 p.m. and Sunday from Noon until 6 p.m. The Expostion Center is located at 937 Phillips Lane in Louisville.

The golden anniversary of the Carl Casper Auto show will entertain auto enthusiasts with the 20 top custom cars, plus new cars being introduced for 2014. However, being the largest celebration of cars in the USA, plenty of entertainment will roll in with the vehicles. Batman lovers will find 3 different Batmobiles open for viewing that bring together in one place historic vehicles from the popular series. 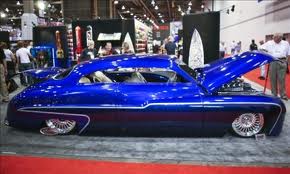 Speaking of nostalgia, the 80's favorite, General Lee of the Dukes of Hazzard, and Bo Duke, aka John Schneider, will be center stage to mingle with fans and sign autographs. Fans of that era will also be pleased to learn that Knight Rider, Big Foot and the A-team van will all also be sharing the spotlight this weekend.

This February 22nd through 24th will be a golden opportunity for families to get out and have some fun at the 50th Anniversary of the Carl Casper Custom Car Show at the Kentucky Exposition Center.

To learn about other fun things to do in the area, please visit JoeHaydenRealtor.com.