The Clifton Center at 2117 Payne Street in Louisville will be hosting the family-friendly Wild and Woolly Film Series on Sunday, March 17th at 7:00 p.m. The event is reasonably priced at $5 admission or free to community members and one friend. Wild and Woolly is known for their eclectic films and cult classics and this showing will be the classic 1956 film Le Monde Du Silence (The Silent World) with Jacques-Yves Cousteau.

This amazing video is one of the very first known documentaries to utilize underwater cinematography and to captures footage from the Mediterranean Sea, the Persian Gulf, the Red Sea and the Indian Ocean. 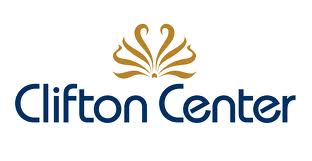 Due to the groundbreaking footage, the film won an Academy Award in 1956 as well, so it is literally a piece of history. Cousteau's helicopter pilot from 1975 to 1990, Bob Braunbeck, will also share stories from his days with the famed French oceanographer, as well as promote his forthcoming book.

Why not enjoy with a film about ocean life with the family at the Clifton Center this Sunday? The Wild and Woolly Film Series is a great way to get everyone together to learn, relax and have a good time.