Sacred Heart Academy’s Ursuline Campus Building #5, located at 3113 Lexington Road in Louisville, proudly presents “Once Upon A Mattress”. This lively play will be presented on Saturday, November 2nd at 7:00 p.m. and Sunday, ...

The Local Speed at 822 E. Market Street in Louisville invites everyone to attend the Free Family Art Activity on Saturday, November 2nd. This is a free to attend event that the venue hosts each Saturday from 11:30 a.m. until 3:30 p.m. to encourage ...

The Belknap Neighborhood Association takes celebrating seriously and they want everyone to share in the fun at the 19th Annual Belknap Fall Festival. Plan on visiting the festival on Friday, November 1st and Saturday, November 2nd from 11:00 a.m ...

Halloween 'tis the season for the Jack O’ Lantern Spectacular and from now until November 2nd you can see some of the most creatively carved pumpkins in the city. This celebration of vegetable art can be seen starting just outside the Iroquois ...

What could be a better activity in the evening than a fun and enjoyable game of bowling, any day of the week? While Louisville certainly has an exciting nightlife of its own, sometimes you just want to head down to the bowling alley and see if you ... 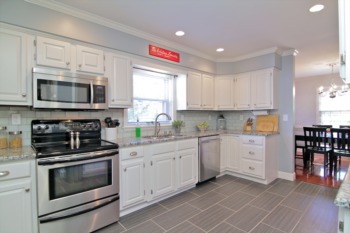 This stylish ranch home located at 301 Bramton Road in the desirable Beechwood Village Subdivision is the epitome of St. Matthews living! This home is situated on a large, fully-fenced corner lot that is adorned with one of the most beautiful ...

Read More
Posted by Joe Hayden on October 26, 2013 in Homes for Sale

Louisville can be a great place to play outdoors, with parks and recreational activities and events in every season. Plan to spend time in nature with this brief guide to Kentucky State Parks in the Louisville area. The Park Instead of a Tropical ...

The Ramada Plaza Hotel at 9700 Bluegrass Parkway in Louisville is proudly hosting the American Bead Show's annual Beads, Jewelry and Craft Show on Saturday, October 26th and Sunday, October 27th. The hours on Saturday will roll from 10:00 a.m. ... 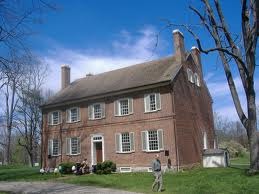 The time for trick or treating is right around the corner and there are plenty of ways to celebrate the scariest season of the year. The Gheens Science Hall and Rauch Planetarium is offering a unique way to experience Halloween with the family on ... 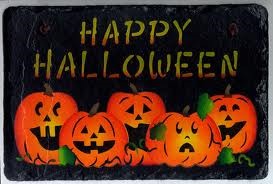 Brown Park at the corner of Kresge Way and Browns Lane is spreading its leaves to welcome the Second Annual Halloween Festival on Saturday, October 26th. This is a free to attend event that will take place from 11:00 a.m. until 2:00 p.m., so there ...

Have you been looking into buying a home in Louisville because you are starting a family? Are you wondering which neighborhoods would be suitable for you to raise children in? Well, among the many wonderful Louisville neighborhoods you might ...

When moving to a new city, finding a good school is at the top of every parent’s to-do list. Louisville is home to several private schools, each offering a different take on curriculum and extra-curricular activities. Read on to learn about ...

Boonanza: the Must-attend Halloween Celebration at the Kentucky Science Center

A wonderfully educational Halloween celebration, Boonanza occurs every year at the Kentucky Science Center, focusing on the scientific aspects of every child's favorite fall holiday. This year, the Boonanza is scheduled for Saturday, October 26th ...

Those looking for family-friendly entertainment for kids ages 4 and up won’t want to miss StageOne’s presentation of “The House at Pooh Corner” on Saturday, October 19th. The fun will start at 11:00 a.m. and continue until ... 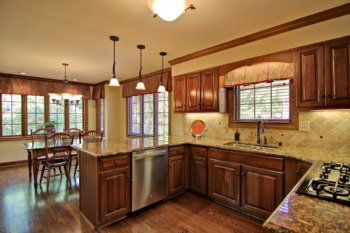 Wow! You must see the pictures and video for this gorgeous home at 7009 Hadley Court in the beautiful Falls Creek Subdivision. This delightful 5 bedroom, 4.5 bath brick Cape Cod home has been extensively updated and is in excellent condition! Upon ...

Read More
Posted by Joe Hayden on October 17, 2013 in Homes for Sale

The 2nd Annual WinFest will be held at the Breckenridge Inn at 2800 Breckenridge Lane in Louisville on October 20th. This is a WIN5, aka Women in Networking, event initiated by dedicated business women who promote and share business ideas in ... 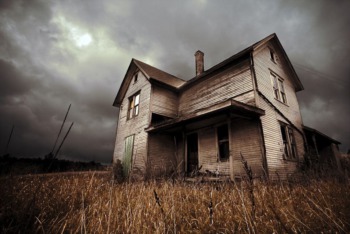 Where to Find Haunted Houses in Louisville this Halloween

Halloween is right around the corner and for those who enjoy a good scare, there are plenty of Haunted Houses in Louisville ready and willing to oblige from October 18th to the 31st. There are frightening facilities conveniently located all around ...

The Ramada Plaza Hotel and Conference Center will be opening its doors to the Louisville Home and Design Show this weekend, October 19th and 20th. The hotel is conveniently located near Hurstbourne Parkway and I-64 at 9700 Bluegrass Parkway. ...

A Guide to the Louisville Palace Theater and Its Rich History

A Louisville institution that dates all the way back to the 1920's, the Louisville Palace Theater has experienced many incarnations in its history as one of the South's most revered movie houses. From its glitzy start on 4th street to its most ...