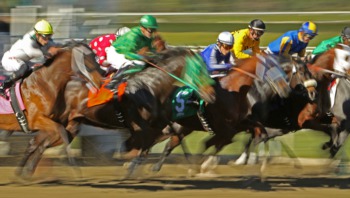 Mint Julep Tours is bringing their American Pharaoh exhibit to the Kentucky Derby Museum, and the whole day is all about horses, racing and some other vices near and dear to Kentucky's heart. Be at the museum at 9:30 am to see two floors of ... 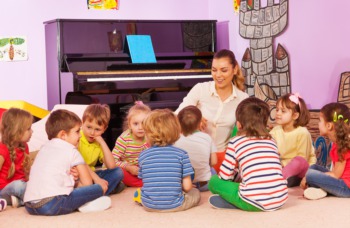 Go to storytime at Pottery Barn, and both you and the kids can get what you want. They’ll be entertained by an engaging storyteller, so maybe they’ll be good while you take some time to shop at Pottery Barn! Stories and Pottery Storytime ... 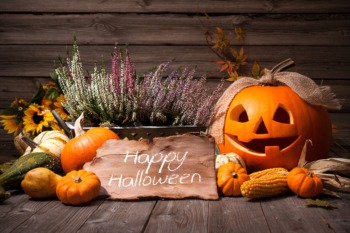 Have a happy Halloween in St. Matthews this October 31, and take the kids to Trunk or Treat. Games, inflatables, treats, hot dogs -- seriously, this is a dream evening for kids of all ages...including the bigger kids in the family who haven’t ... 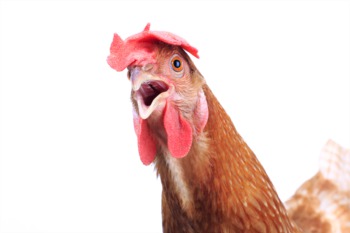 Laugh at Nick Offerman at the Clifton Center October 30

Spend the evening with one of comedy’s great stars, and go see Nick Offerman at the Clifton Center this October. He’ll be signing copies of his newest book, so fans will get the chance to interact with the man everyone knows as Ron ... 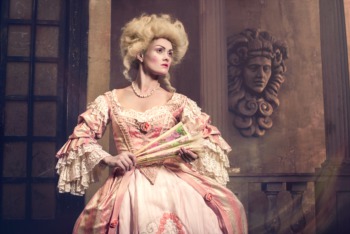 What was life like in the 1800s? You can actually get the answer at the 18th Century Market Fair, a special event at historic Locust Grove. Time won’t just stand still on October 29 -- it’s actually going to reverse its flow for a little ... 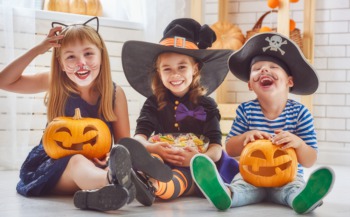 Wear Your Costume to the Flea Market Halloween Spooktacular October 28

Enjoy a whole day of Halloween at the Kentucky Flea Market Halloween Spooktacular. Parents and kids can wear their costumes, if they like, and enjoy a festive atmosphere of shopping, treats and no tricks. A Day at the Spooktacular There will be ... 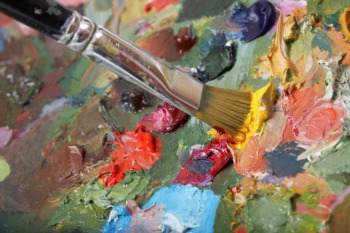 Have you ever wanted to know how to paint the way a real artist does? Have you ever imagined working across a big canvas, designing something that looks amazing? Go learn adult beginning canvas painting at the Beechmont Community Center, and who ... 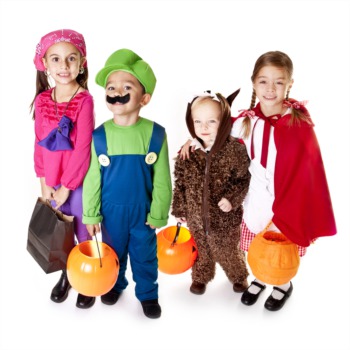 Dress up for the Fall Festival at St. Paul October 26

Wear your costume and bring the whole family to the Fall Festival and Trunk-or-Treat event at St. Paul. Have fun with games and crafts, and show up early to enjoy dinner if you like. Fall is all about treats and fun with the family, so treat ... 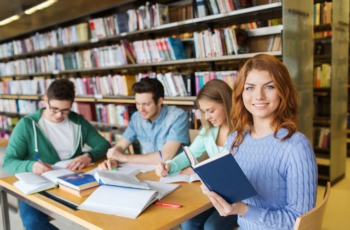 Take Your Teen to the Library October 25

If you’ve got a middle school or high school student at home, take them to the library for Teen Tuesday. This beautiful library is in the heart of historic Beechmont, a neighborhood that may quickly find a place in your heart. A Day at the ... 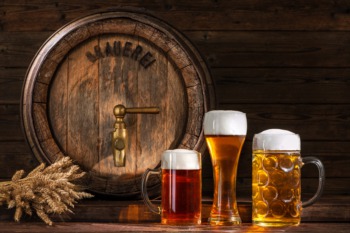 Stretch Out, Work Out and Then Have a Beer in the Highlands October 24

October 24 is Run and Recover day at Great Flood Brewing Company. Go out for a run, then unwind with a little yoga and beer. Now, this is a workout style that anyone can stand behind. Run, and Then Recover, in the Highlands The Derby City Run Club ... 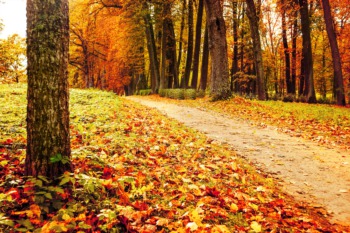 Autumn has a way of making people feel nostalgic. Don’t fight that feeling. Give into it, and experience Autumn at Whitehall. If you haven’t seen what the season does to this historic Louisville property, it’s time you did. Take a ... 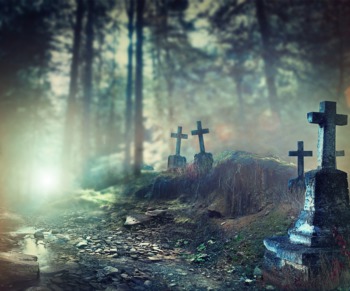 Ever notice any unusual relics in Louisville's Tom Sawyer Park? Ever hear any whispers about the old Central State Hospital, once located here? Learn a little more of Louisville's spooky history when you hike through it this October, because it's ... 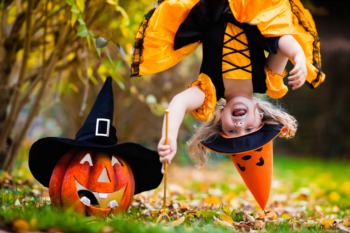 Take a Trick or Treat Run Through the Highlands October 21

Who says that trick or treating is just for kids? In the Highlands, a neighborhood with active nightlife and all sorts of attractions, the Trick or Treat Run is for adults, too. Trick or Treat Run When the event starts, you’ll get a treat ... 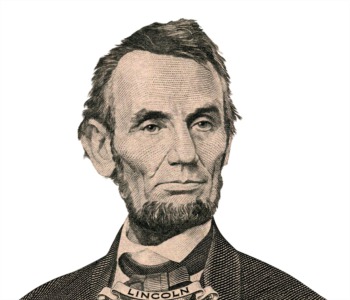 Learn About All the Famous Presidents Who Visited Louisville October 20

Louisville has been a city for a long time, in a state that was just barely behind the original 13 colonies. Through the years of America's existence, Louisville has played a vital role. How vital has that role been? Learn more about it at the ... 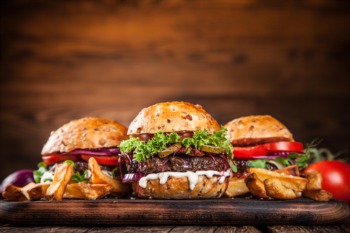 Have a Specially-Prepared Burger and Malt at Gralehaus October 19

Sure, you've had a burger and malt before -- but have you had one that’s been specially prepared by a chef? The chef will whip up a special malt, made with Whole Creamline Milk, to perfectly pair with the burger. This is gourmet-style eating ... 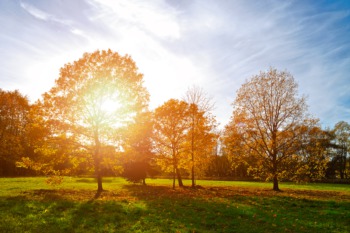 Louisville is a large, modern city with all sorts of big attractions, culture, trendy restaurants and incredible shopping. But Louisville is also a city full of gorgeous green places, and everyone in the city gets to enjoy them. Louisville’s ... 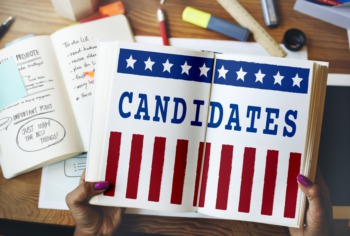 The entire nation is fascinated with the Presidential election, as it should be, but Louisville has some pretty important elections coming up as well. Join the League of Women Voters this October, and meet the general election candidates ... 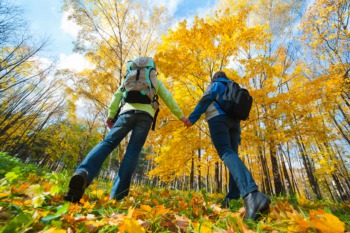 Hike Under the Full Moon in Bernheim Forest October 16

Early fall is a magical time, especially in the forest. Go see the wonders of fall in all its beauty at Bernheim Forest, and go walk through the woods under a full moon. It's a little bit romantic, a little mysterious and even a little creepy. Isn't ... 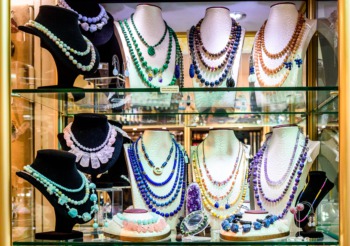 Shop at the Autumn Arts and Crafts Market October 15

Browse or buy at the Arts and Crafts market to get all your holiday shopping done early -- or maybe pick up a few items for yourself. The market will have everything from pottery to jewelry, and it will be open all day. Arts and Crafts at the ... 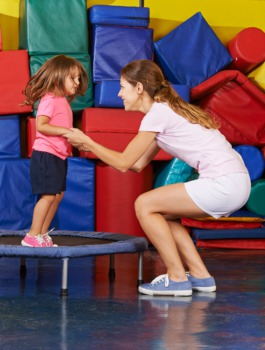 Let The Kids Play in the Foam Zone October 14

Once fall sets in, the weather starts to change and the afternoons get shorter, kids get grumpy. Take them to the Skyzone so they can play and blow off some of that steam, and give yourself a much-needed break where you can see them having a great ...