It's always tempting to stay in and waste time on a rainy day, but why not try another option that could be family friendly and educational? If you're expecting some gray weather in the near future, the following museums may provide a more interactive way to make use the day.

Located in the city's "Museum Row" in the West Main district, the Muhammad Ali Center is a cultural center and museum that is dedicated to the life of boxing legend Muhammad Ali. Opened in November 2005, this massive 96,750 square foot center includes an amphitheater, a plaza, and also provides a pathway to the waterfront and many downtown Louisville attractions. The tenets of Ali's life can be found in the museum's exhibitions and its execution, and this can be witnessed in its dedication to Ali's athletic capability and his own personal ethics. Featuring an orientation theater that tells Ali's life story from birth to the present day, the center also includes a two-level pavilion with boxing memorabilia and history. There is also a large projector featuring the film on Ali's life "The Greatest," which will still allow you to get that rainy day movie in. 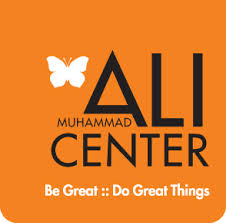 Along with the Ali Center, the Civil War Museum is located on Louisville's Museum Row. Created in 1996, this museum is the fourth largest museum to explore the Civil War in the United States. With an 8,500 square foot space, there are five main attractions that make up the museum center, with the main attraction being the Civil War Museum of the Western Theater, exploring the events of the civil war chronologically and by geography. The museum also includes Pioneer Village, featuring buildings from 1776 to 1820, the Women's Civil War Museum which was opened in 1999 and looks at American life for women during that time, and the War Memorial of Mid America which pays tribute to those who fought for freedom from the Revolutionary War up to Desert Storm in the 20th century.

Located at the very heart of the Kentucky Derby at Churchill Downs, this museum first opened in 1985 and is dedicated to preserving Louisville and Kentucky's most famous annual event. One of Louisville's most popular museums, this center is comprised of two floors including a 360-degree theater showing The Greatest Race. Going from the beginning all the way to Derby day, this museum provides information and history on what is involved in the breeding and training of a foal up until they partake in the Kentucky Derby, including the stories of owners, trainers and jockeys along the way. Though the museum was negatively impacted by a flash flood on August 4th 2009, this led to an overhaul of many exhibitions and it was reopened with new exhibits on April 18th 2010.

Whether you're in the mood for art or some of Louisville and Kentucky's most valued history, these museums can provide the antidote for the next rainy day. If you haven't headed to any of these places before and we've piqued your curiosity, you may want to consider planning a visit soon!