Homes for Sale in St. Matthews

Learn more about St. Matthews Homes for Sale by browsing the property listings below.  A highly-desirable destination, St. Matthews, Kentucky is located just East of Louisville.

St. Matthews attracts home buyers because of its excellent location, the gorgeous tree-lined streets, and the fantastic variety of architecture found in the area.  Homes in St. Matthews feature park-like settings, classic cape cod homes, and a wonderful sense of community.  You can search the Louisville MLS Listings for other St. Matthews homes for sale.

Consider reading about Buying a Home, studying our Expert Guide for Home Buyers, or learning about Buyer's Agency.  You can also find a home using the MLS Map Search. Read our blog to find Current Events, or browse information about Schools and Community Information.

View all homes for sale in St. Matthews on the Louisville MLS listings above.  Only 8 miles east of downtown Louisville,  St. Matthews is one of Louisville’s premier shopping districts and home to one of the most well-known neighborhoods in Louisville.  As the 20th largest city in Kentucky, St. Matthew’s boundaries are roughly Cannons Lane to the west, I-264 to the south and east, and several subdivisions off of Brownsboro Road to the north.  St. Matthews is a popular suburban city in Jefferson County and if you mention St. Matthews to a Louisvillian, and probably a few images will spring to mind:  A key shopping area, home to boutiques and malls alike, desirable neighborhoods with beautiful old trees and attractive post-War homes for sale in St. Matthews, plus a centrally convenient location.

In a prior life the community of St. Matthews was a potato mecca of the U.S.  It wasn’t for French-fry consumption but for processing and shipping raw potatoes.  A number of local farms supplied the St. Matthews Produce Exchange with potatoes for shipping via rail to the rest of the U.S.  These farmers – Brown, Rudy, Nanz, Monahan, Oeschner – later provided the community’s street names when their farms were redeveloped into residential neighborhoods. 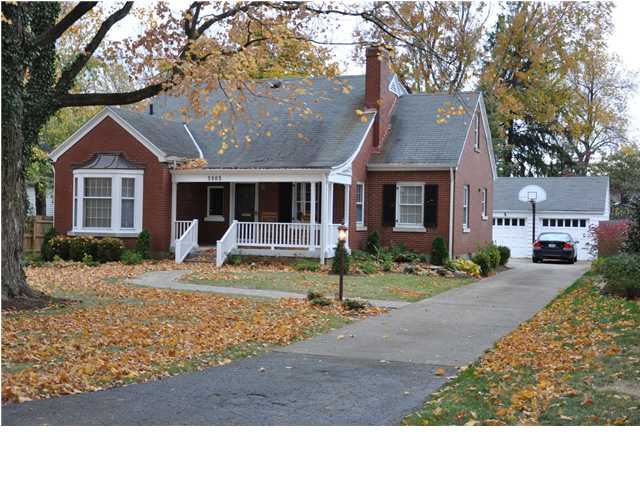 St. Matthews Station is located near the “The Point” intersection of Breckenridge Lane, Shelbyville Road, Westport Road, and Chenoweth Lane.  This intersection, once a bustling downtown in its own right, continues today to be a heavily traveled intersection, although the “business district” of St. Matthews has spread well beyond it. 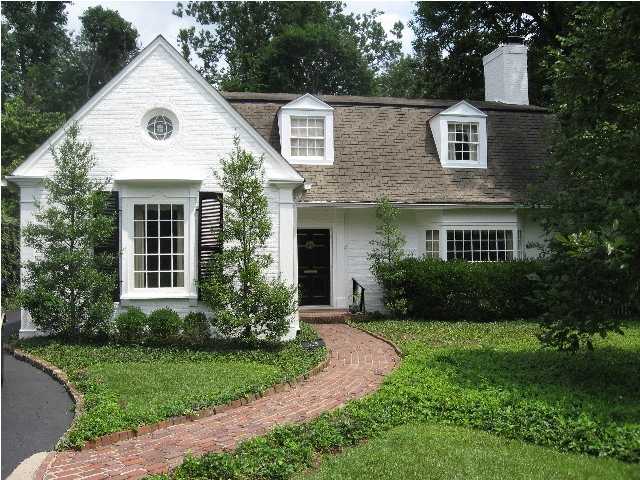 Not far from The Point is Trinity High School, a well-regarded Catholic boys' school known for both its academic and athletic prowess.  Jefferson County Public Schools’ Waggener High School had a principal, Art Draut, who was a long-time mayor of St. Matthews.

The current mayor, Bernie Bowling Jr., followed his late father, the former Mayor Bernie Bowling Sr. in both city government and the family business – the popular Plehn’s Bakery, also near The Point.  The Mall St. Matthews and Oxmoor Mall are also in the are and together boast near 180 stores and restaurants to meet every shopper's desire.  From Aeropostale, Ann Taylor Loft, Aveda, Brooks Brothers, Brookstone and Williams-Sonoma to American Eagle Outfitters, Dick’s Sporting Goods, Eddie Bauer, Gymboree and Old Navy, the local malls in St. Matthews provide of a wide variety of great shopping.  That doesn’t begin to mention the other retail stores that are also in the area.

Throughout St. Matthews, you will find many fine neighborhoods and subdivisions adding to the city's character.  Arlington is a neighborhood in St. Matthews that has homes priced between $150,000 and $275,000.  Arlington is near Browns Lane and Hubbards Lane.  Arlington homes are very desirable to many persons.  The neighborhood of Bellewood includes homes for sale in a higher price range - expect to pay around $400,000 for a Bellewood home.  A home in Cherokee Gardens can approach $1,000,000.  Cherokee Gardens boasts many examples of classic architecture that make homes in Cherokee Gardens coveted residences.  Norbourne Estates is located between Browns Lane and Breckenridge Lane.  Norbourne Estates is an upscale neighborhood in St. Matthews.  You can find Norbourne Estates homes for sale here.  Oxmoor Woods is a neighborhood found behind the Oxmoor Mall, near the Oxmoor Farm.  Homes in Oxmoor Woods tend to be stately and elegant.  An Oxmoor Woods home can approach $1,000,000.  Seneca Gardens homes are found in the historic neighborhood of Seneca Gardens.  You can find Seneca Gardens homes for sale on this website.

From Our Blog - St. Matthews
Can You Solve the Eight-Mile House This June?

The Eight-Mile House is one of the oldest landmarks in Louisville, and one of the most mysterious. ... Read more

Get Lost in a Good Movie this May

This May, why not go see a free movie at the library? Don't worry, it's not a boring educational ... Read more

Take the Kids to an Art Lesson May 14

They say that creativity is great for stimulating the mind and that art can soothe the soul. The ... Read more

Get everyone you know together for a Free Movie Night at St. Matthews Library. You're invited to a ... Read more

See the Flowers in Bloom This April

Spring is finally here. The cold days are over and everything is in bloom. This April, go celebrate ... Read more